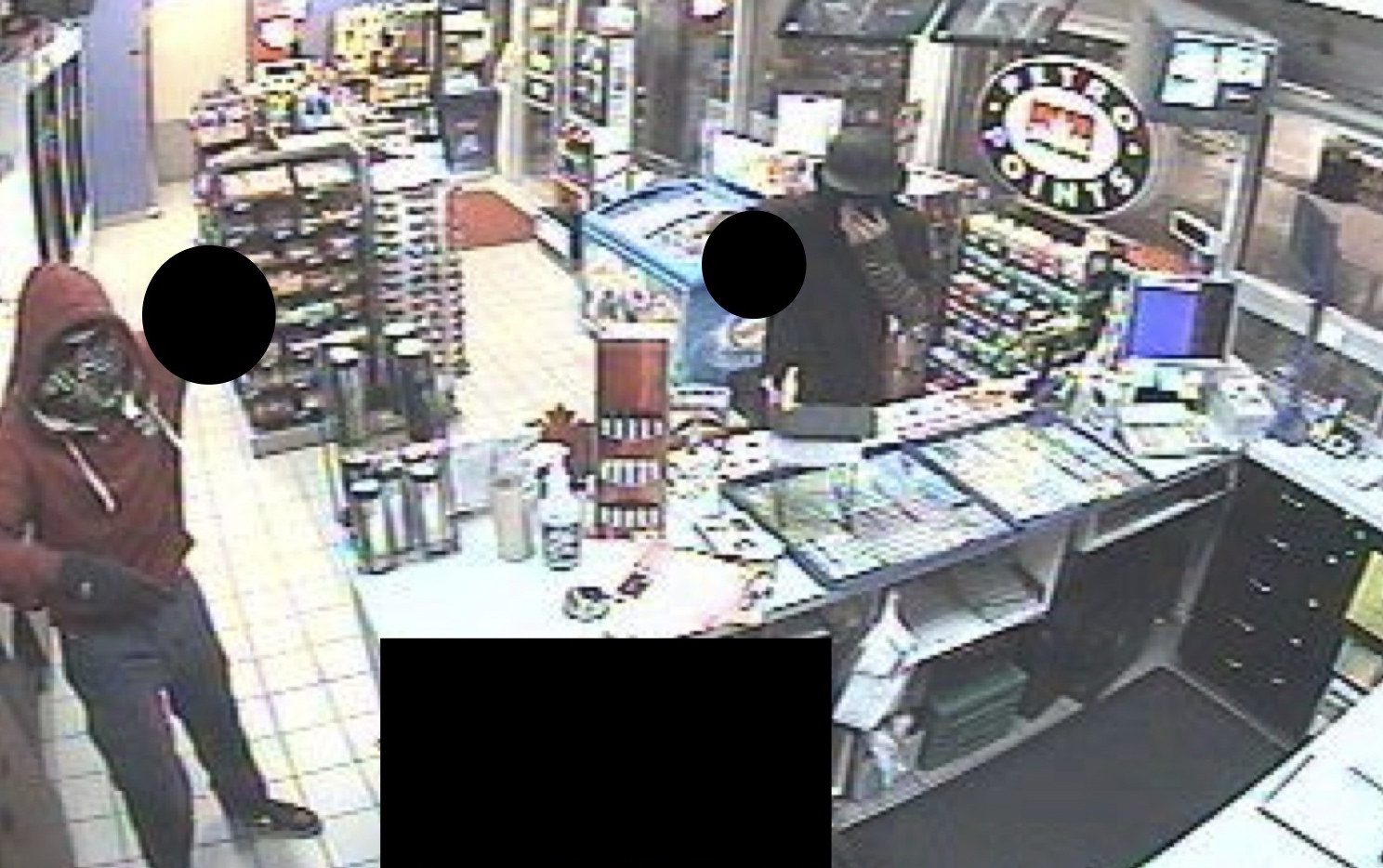 Security camera footage of a raid

Raid is the crime of taking or attempting to take something of value from a commercial venue by force, threat of force, or instilling fear in the victim. For the crime of forceful theft from individuals, see robbery. For forced entrance burglary using ramming vehicles, see Ram raid.

Although the number of robberies from commercial establishments is only about 21% of all robberies[1], the impact of those robberies is high, affecting primarily personnel, but also clients and bystanders and they can excess to very violent forms[2]. The act of raiding knows several forms:

Known circumstances to influence the likelihood or impact of raid, are presented in the table below:

A raid is a serious crime because it always involves some form of threat or violence. Victims can financially and psychologically suffer much damage from a robbery. An entrepreneur can be a victim himself, but also employees and customers may struggle with the consequences of a raid. Keep the risk of a raid therefore as small as possible and make your business unattractive to robbers. Psychological problems resulting from victimization may not only affect the employee’s subsequent workplace performance, but may affect the store’s daily operations as well.[7]

The social effect of becoming a victim of a raid is that he event and its aftermath can affect ones daily life. It may be that victims lose their patience faster. For example, they are short with their kids or replying annoyed when others ask something. They may earn less if they cannot go to work and may lose social contact because of that.

The stress related reaction in the aftermath could be:

Just like robberies, raids have a considerable economic impact (of crime). Apart from the lost revenues, merchandise and damage, the direct costs of raids are primarily the result of physical and emotional harm inflicted to employees, venue managers, or venue owners. Convenience store raids, for instance, frequently lead to injuries inflicted to present employees, leading to an increase in compensation costs, legal expenses and working time losses. According to the National Center for Victims of Crime (2000),“the average cost to employers of a single episode of workplace violence can amount to $250,000 in lost work time and legal expenses"[8]. Raids also force venue owners to take preventive security measures such as insurances, DNA Sprays, the reduction of large amounts of cash, etc.[9] Finally, also public authorities will spend time and money on the investigation, prosecution, prevention, support, trial, and supervision of offenders.

Raids not only leads to financial or physical damage and prevention costs, but also have an indirect economic impact. First of all, commercial venues that have been a victim of robbery or raids, may lead to a loss of customers sales[10]. Next to that, frequently raided venues can have problems with attracting and maintaining employees, increasing wage costs[10]. Another effect of frequent robberies and raids on commercial venues can be that venue owners are forced to increase prices for merchandise or limit opening hours. On a more local and regional level, frequent raids can have a negative impact on business in general, the amount and quality of commercial and social venues, quality of life and tourism.

Security measures mitigate the economic costs of security threats, but also demand investment in time and money, for example, security costs (cameras, guards) or the costs of money transports (to avoid too much cash in the stores). At the same time, certain security measures like closed roller shutters that do not create a welcome environment, can reduce the quality of the area, causing damage to local business and tourism, etc. These so-called indirect economic impact of security measures are explained in more detail elsewhere in Securipedia. On top of that, raiders will adapt quickly to preventive security measures in accordance with the economics of criminal behaviour. Raiders of convenient stores, for example, will tend to disguise themselves in order to circumvent surveillance equipment[11]. With the help of economic tools such as a social cost-benefit analysis it is possible to overview the costs and future benefits of security measures in order to decide which types of measures are best suited for a specific situation.

The convictor of a raid needs a form of mobility to leave the place of the raid as soon as possible after the crime. He can, for example, prepare this by placing a car (possibly with driver) close by the location of the crime. One can take measures to hamper covictor's escape by not making parking places close by raid sensitive locations such as banks, or by guarded parking places.

Convenience store employees suffer from high rates of workplace homicide, second only to taxicab drivers. Customers can also suffer injury from offender assaults. Injuries can result from an employee’s active resistance or from the offender ’s misreading the employee’s nervousness or hesitation as resistance.15 When faced with an employee who chooses to actively resist and is in a face-to-face confrontation, robbers may resort to injuring the worker to avoid apprehension. Higher injury rates are consistently found to be correlated with measures employees take during the robbery.[3]

Traditionally, measures against raid are mainly left to the responsibility of the entrepreneurs. These measures include target hardening, like providing bullet-proof glass for the clerks, target removal, like limiting the amount of or access to cash, access control by selecting the number of entrances, the door type(s) and placement(s) and the internal environment’s design, or alarm systems to improve reaction times of intervention forces. Measures that have proven to be effective against raid and can be taken (or at least influenced) by the urban planner include:

Economists Enthorf and Spengler(2002)[12] find that planning-intense offences like breaking and entering, robbery (raids) and violence respond relatively slow to changes in the socio-economic conditions compared to other types of crime like drug and alcohol abuse and violent crime. According to the authors, this may reflect that in a first response to unfortunate social and economic developments some of the affected might become attracted to alcohol and drug abuse, which in a later phase has to be financed with criminal activities by committing property crimes like breaking and entering.