Economic tools (or tools of economic analysis) facilitate the preparation of a robust urban plan in the urban planning process encouraging economic development in a way that is conducive to and compatible with sustainability objectives. Put differently, they influence the way planned urban objects and urban environments are going to be shaped. Furthermore, economic tools are applied to measure the economic impact of existing urban objects, but also security threats (and indirect security measures). In essence, they are urban planning tools (though not solely used by urban planners).

Knowledge about some frequently used economic tools and techniques can help the urban planner to systematically survey all the relevant (socio-economic) impact caused by an urban development and security threats. This insight will help the responsible urban planners to make the best choices from an socio-economic point of view.

Economic tools can assist urban planners (or other decision makers) determining the pros and cons of different types of security measures (project alternatives). The (click able) flow chart below illustrates the 4 main steps in the decision process of this economic assessment: 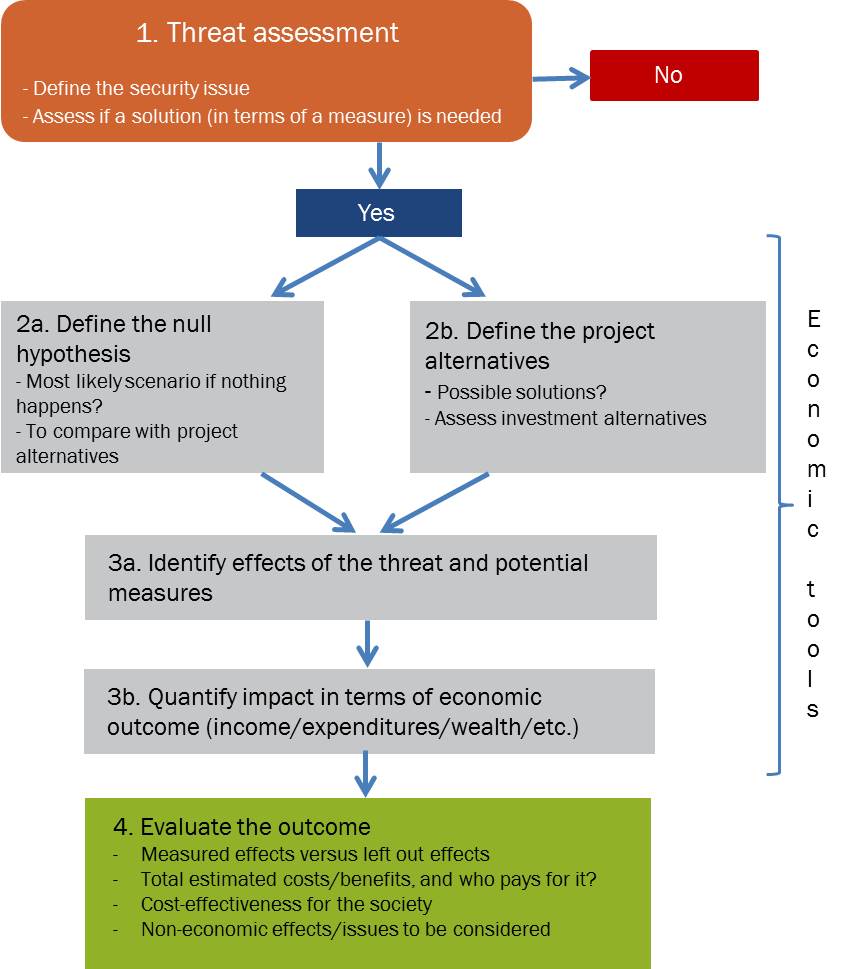 Economic tools can be used by economists (specialists) but also by specialised urban planners in socio-economic appraisal. These economic models, however, do not come without fundamental and methodological limits that have to be considered. 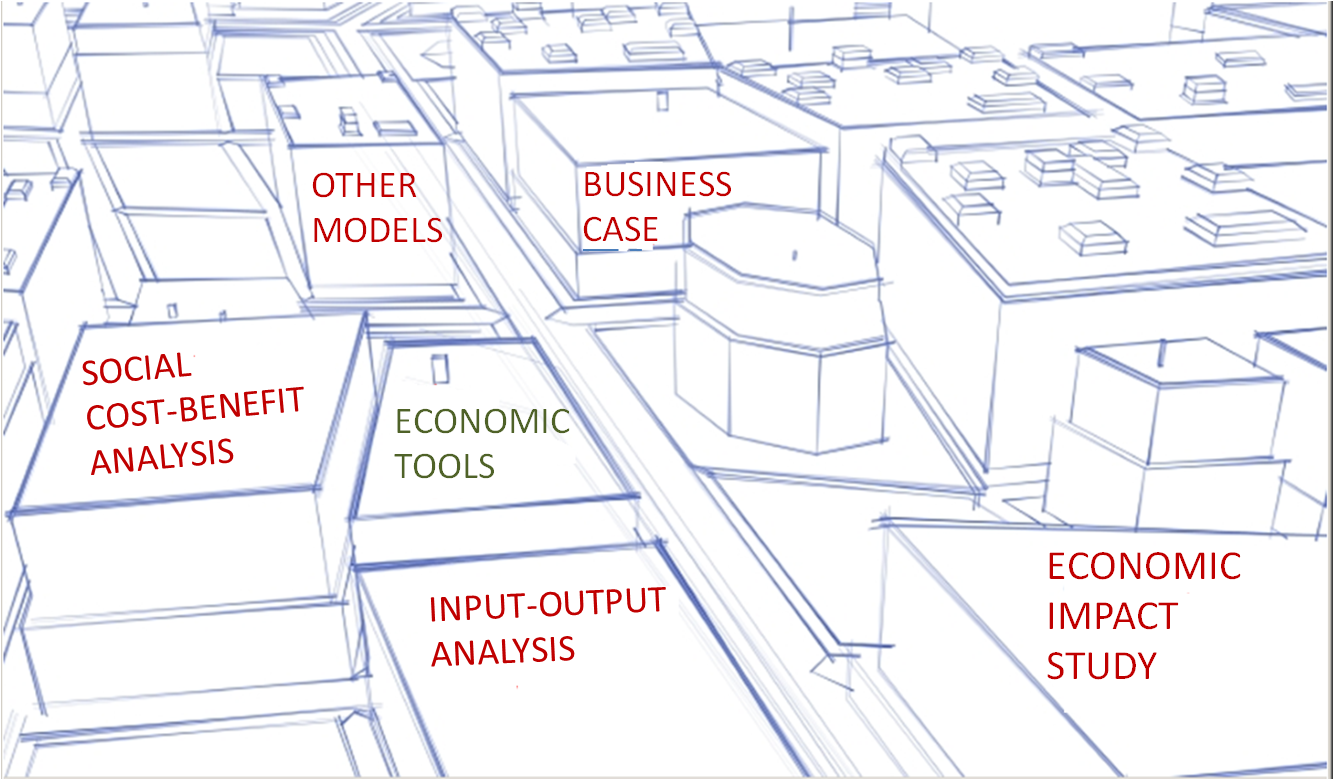