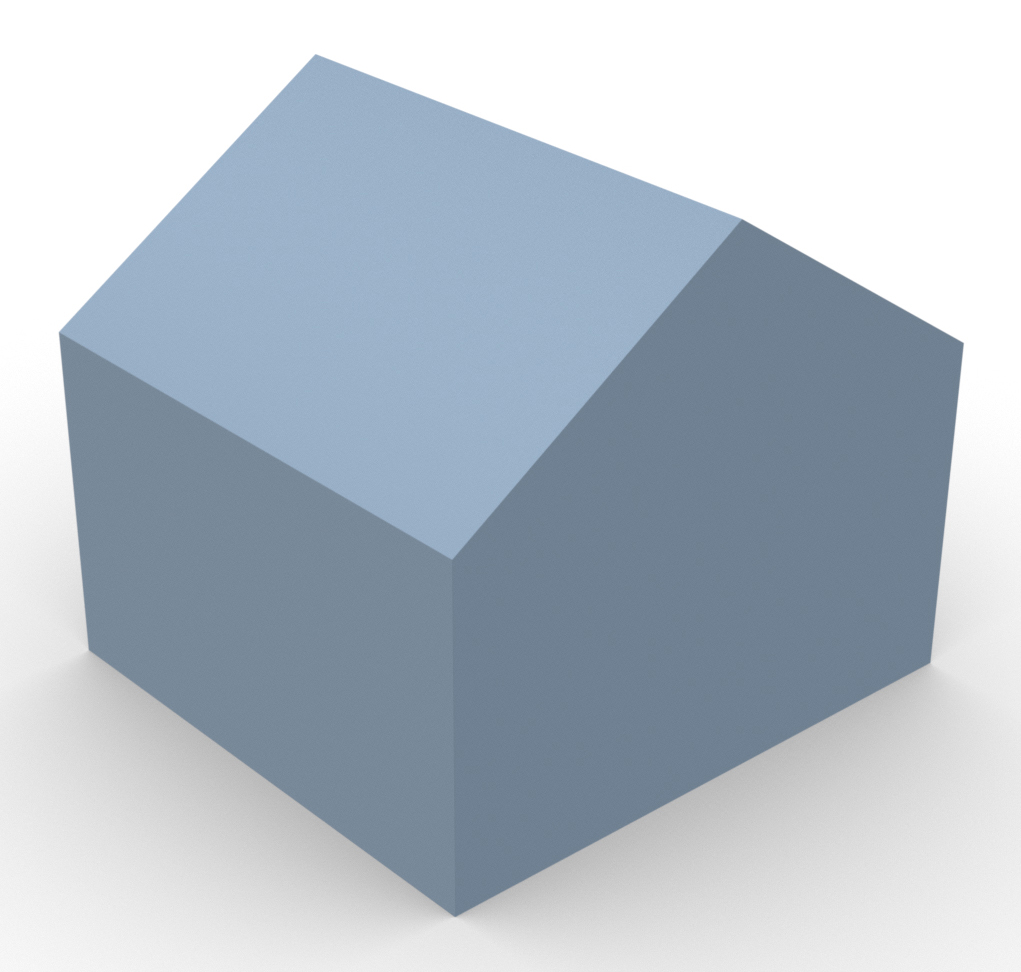 A residential unit is an urban object, which is generally zoned or designated for dwelling purposes and designed to accommodate housing facilities in which people can live.

Residential areas are typically classified as providing varying amounts of living accommodation for people. Residential areas are usually designated as such by the development plan of the authorities of a city or municipality, including the amount of units and, consequently, the approximate number of people living in that area following the prescribed density. The amount of land zoned for residential development should be in line with the projected population growth figures, as set out in regional strategic development documents (such as Regional Planning Guidelines).

Residential areas will generally consist of various accommodation types: apartment schemes (medium to high density), detached or semi detached houses (low to medium density), or terraced housing (medium to high density). The character of a residential area can be influenced heavily by the mixture of tenures (owner occupier, private rental, social housing) which are available within an area. All of these factors will have an influence on the security of a residential area.

Residential development can encompass a wide variety of structures. For simplicity and clarity, the broad spectrum of residential building types is divided into three archetypes:

In the text below, any of these three icons will be used whenever a observation is specific to one or more of the above mentioned archetypes.

From the security point of view, the prior social importance of residential areas is to provide a trusted environment for citizens that enhances communal resilience while reducing vulnerability. The importance of housing is recognised in the United Nations Covenant on Economic, Social and Cultural Rights, that includes 'the right of everyone to an adequate standard of living for himself and his family, including adequate ... housing'.[1]

Residential land use is very important to a citizen's quality of life, and the standard of housing experienced by citizens will have a significant impact on overall health. Housing provides shelter, fulfilling basic human needs, and privacy. The quality of housing is influenced by size, amenities, habitability, and general liveability. The attractiveness of residential areas and the wider urban environment are important from a societal security point of view since they have an impact on resilience, at individual and collective levels, as illustrated by the following examples: 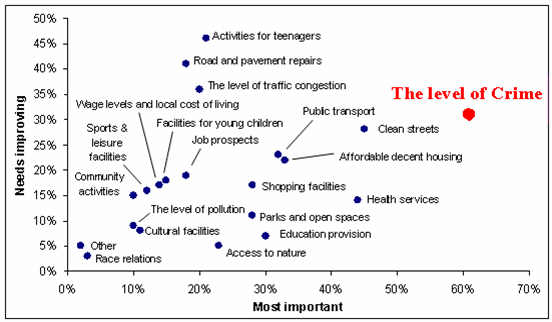 What makes an area a good place to live?

There are a couple of relations between the built environment of a residential area and its vulnerability from a security point of view, such as the following:

How does bad housing affect children’s chances to make a positive contribution in life?

In terms of practical methods, crime prevention by design - for example "crime prevention through environmental design" (CPTED) - is of priority in this field, although it also involves some measures directed at vulnerability reduction rather than reduction of hazard.

Residential areas accommodate the people who operate in and utilise the economic systems of the urban area. Additionally, residential areas both enhance a communities’ ability to attract new business, and in the same time provide citizens with one of its most basic needs (housing). As a whole, residential land use is the most valuable urban spatial structure due to its great aggregate value and economic impact for the local economy[9]. Moreover, residential areas foster critical population mass which contributes to economic, social and transport (infrastructure) activities. These economic impacts can be estimated with the help of economic tools/techniques.

The most common types of residential security threats (in terms of human intent) are crime related (e.g., domestic burglary, robbery, graffiti, assault, etc.). Crime generates costs in anticipation of crime (e.g. locks, surveillance, etc.), as a consequence of crime (loss of property) and in response to crime (police investigation, legal system, etc.). Indirectly, crime has (amongst others) an impact on, for example, the local real estate value[10].

Security devices such as locks, closed circuit television, surveillance or improved street lightning have an economic impact (of security measures) (in terms of costs and benefits) which can be considerable. Another way to enhance security is by design, e.g. the designing out approach, or as an aspect of sustainable design, which seeks a balanced consideration of social, economic, cultural and environmental aspects in urban design[11]. In general, these measures demand larger investments than traditional security measures, but at the same time they are able to avoid future costs due to the long-term prevention of crime. An example of home security measures:

The presence of large numbers of people living within one part of an urban area brings with it a requirement for mobility, in allowing them to move throughout the urban area to take advantage of the various functions on offer within its different parts.

The transportation demand in a network depends on the functions of the different zones in a network. With demand estimation models, the demand can be estimated as the expected number of trips in a certain time period for a certain modality (e.g. car, public transport) between each combination of origin zone and destination zone, depending on the function of the zones. This is also called a trip market. For a residential zone, in the morning there will be many trips going out (e.g. towards work, school), while in the afternoon there will be large demands going into the zone. This should be taken into account for operating traffic management measures or for predicting future/expected traffic flows.

Furthermore, in order to prevent crime, the mobility network should be designed such that there are as little spaces as possible that cannot be seen easily by the public. Crime and anti-social behaviour are more likely to occur if criminals can operate, including travelling to and from the location, without fear of being detected; and if all sides of buildings and all parts of spaces are not overlooked by surrounding users or passers-by [13] .

Residential areas can benefit from a design that minimises transit through the area, as crime is positively related to the amount of traffic through an area and residential areas only need good entry and exit points and can function perfectly well as cul-de-sacs. Homes in cul-de-sacs can be highly secure, but the cul-de-sac should be short and straight (to allow visibility from one end to the other) and should not be joined by networks of footpaths that are irregularly used but likely to foster criminal activity [13]. It should be borne in mind however that while cul-de-sacs can be beneficial from a crime-reduction perspective, many urban planners and designers do not favour their use, as they can create an introverted layout which fails to integrate with the surroundings[14][15].

Safety, in all its forms, is an important function for the perceived quality of these environments. The common presence of children in residential areas further elevate the required safety standards. Although these environments are designed to provide safety, the safety function can be deteriorated by crime. Examples of crime deteriorating safety are:

Crimes most relevant to residential areas, are:

Of these crimes, burglary is generally regarded as the most relevant to residential areas. Burglary is a security issue that is, amongst others influences, affected by the population density. Alhough, a high population density is generally associated with high rates of assault and burglary, when corrected for the presence of poverty and lack of vegetation, rates of assaults and burglaries are higher in more sparsely populated neighbourhoods. This means that especially high-density neighbourhoods with little vegetation are prone to these issues[16]. Many traditional designed high-rise residential environments

were designed with these qualities, leading to relatively high levels of crime and a tendency for early deterioration.

A combination of these measures is used in the practical approach 'secured by design'.