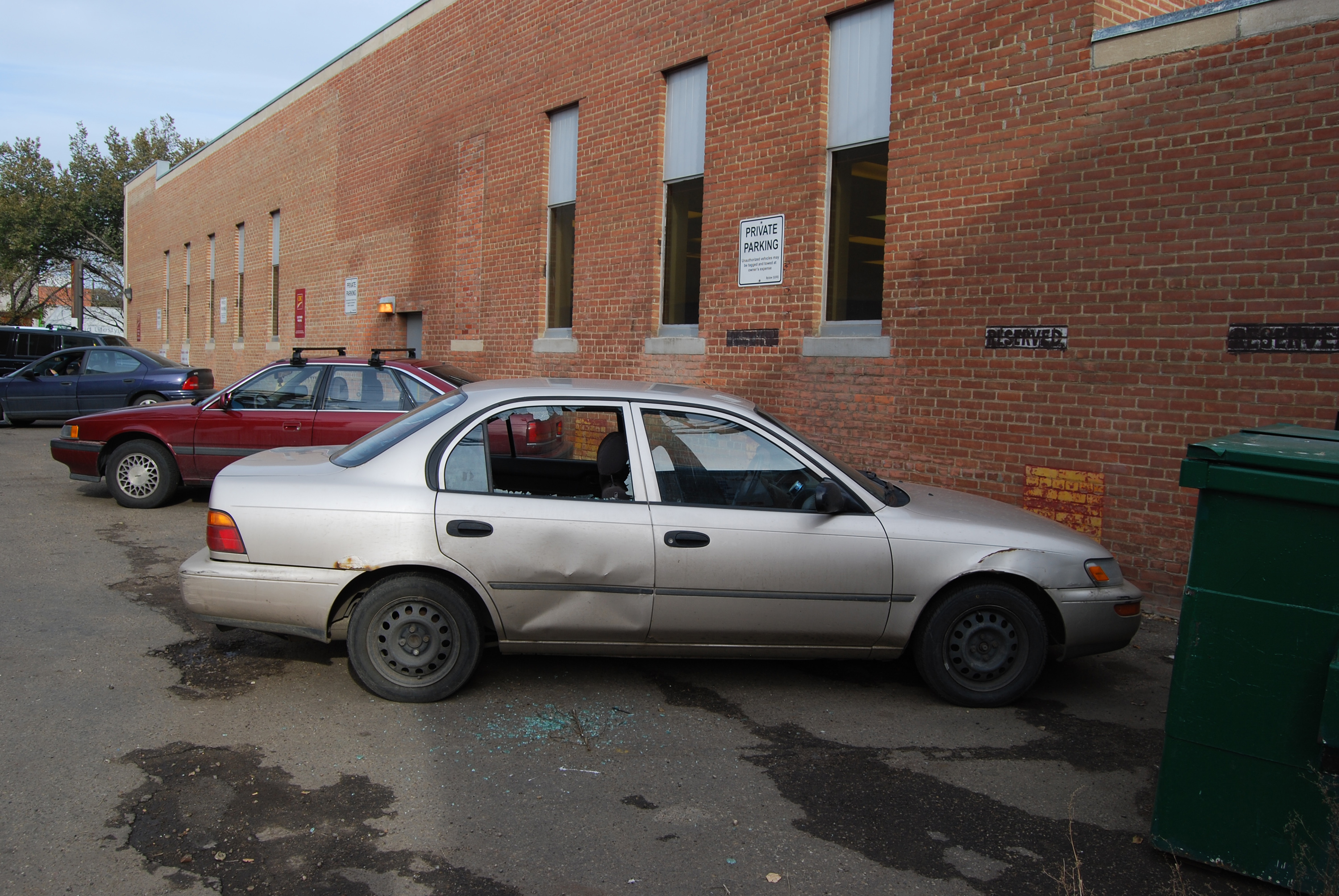 Vehicle theft is the crime of theft, or attempt of theft of or from a motor vehicle (automobile, truck, bus, motorcycle, etc.).

This category includes both theft of and from vehicles, because the measures against it would be very alike from the viewpoint of an urban planner.

This category does not include: carjacking/joyriding, theft with access to keys, fraudulent theft, or opportunistic theft

The social impact of these 'non-violent' types of theft may be compared to the impact of burglary.

Although vehicle theft is not as intrusive as violent crime, it is both quite common and costly for society.[6] The direct costs of vehicle theft are for about 16% attributable to costs in anticipation of vehicle theft (e.g. anti-vehicle theft measures and insurance administration). Although this is considerable, the major part (almost 80% of the costs of vehicle theft are attributable to the consequence of vehicle theft, e.g. the value of the stolen vehicles (±45%), physical and emotional impact on victims (±15%), the costs of property recovered (±10%). The remaining 4% can be attributed to the costs in response of crime by the public authorities (policing and the criminal justice system)[7]. The average cost per event is with £4,000 (2003 prices), slightly higher than the average costs of a burglary[7]. This is mostly the result of higher preventive expenditures and the average value of the stolen vehicle and recovered vehicles.

Vehicle theft does not just create direct costs, but also creates secondary economic effects on society-at-large. First of all, victims of vehicle theft have to deal with opportunity costs as a result of the necessary administrative activities and a temporary unavailability of their vehicle (including companies who own transport vans or trucks), which could lead to a reduction in working time hours.[8] Secondly, there is the opportunity costs of police and other public services. On top of that, there will be some very minor effects for the market for vehicles since there will be more demand for new vehicles and more supply of second-hand vehicles. In total, however, the secondary economic effects of vehicle theft are not that significant in comparison to for instance burglary of a dwelling. Theft from a vehicle that leaves broken glass, on the other hand, can have more negative effects on the neighbourhood since it negatively influences the perception of security for people living in the neighbourhood.

Security measures mitigate the economic costs of vehicle theft, but also demand investment in time and money (which are quite significant compared to other types of property crime such as burglary). In general, though, standard anti-vehicle theft measures make sense from a social-economic point of view[8]. Note, however, that since most victims are insured for vehicle theft, some experts argue that there should be "government-mandated standards" of security applied to all vehicles because an individual incentive is lacking[8]. One has to bear in mind, however, that vehicle thieves will adapt quickly to preventive security measures in accordance with the the economics of criminal behaviour, including how to deal with immobilisers and VIN numbers[9].

Vehicle theft is more likely to occur in areas where the thief is well-known in order to be able to flee quickly. Therefore, as for robbery, the risk will be reduced when there are few possibilities to flee and when accessibility of the area is bad.

The police can chase a vehicle thief by car or even by helicopter. A helicopter has a better vantage point of the streets and of the person fleeing and can see and go everywhere and give instructions to the police in the car on the ground

An anti-theft gps tracking device can be placed in a car in order to locate the car after robbery.

As soon as a car is stolen, the license plate will be registered as belonging to a stolen car in the national registry and in the Schengen Information System. Currently, this registry can take up to 5 days. In the Netherlands, a test has been started to reduce this time to only 2 hours [[1]]. Another way of detecting if a car has been stolen is to check the chassis inscription.

As car theft happens in absence of the owner, there is little safety risk involved with this crime.

Potential measures that can mitigate the likelihood or impact of vehicle theft and that can be taken or influenced by urban planners include: