A threat is a source of potential harm [1]. It includes security threats which originate in wilful act (human intent, such as the threat of violence or terrorism), and safety threats, which originate in non-intentional circumstances (such as the threat of natural hazards, e.g. floodings, volcanic eruptions etc., or man-made hazards, e.g. industrial accidents or technical failure, human failure).

Types of threat for functional objects

When we look at the concept of threat from the perspective of its functional use (which we can also do for urban objects), a threat can be defined as any circumstance that threatens the continuity or quality of those functions (which include, amongst others, protection of life and economic use).

Threats can in this perspective be classified by their origin. This classification is layered: the first layer discriminates between internal threats that have impact on the internal processes (such as a car hitting a building and causing diminished structural safety for the inhabitants) and external threats that only have impact on external requirements for those processes (such as a discontinuation of electricity supply to a building). Both types of threats will result in diminished continuity or quality of functions provided by the building (reduced safety in the first example, reduced comfort in the second example). 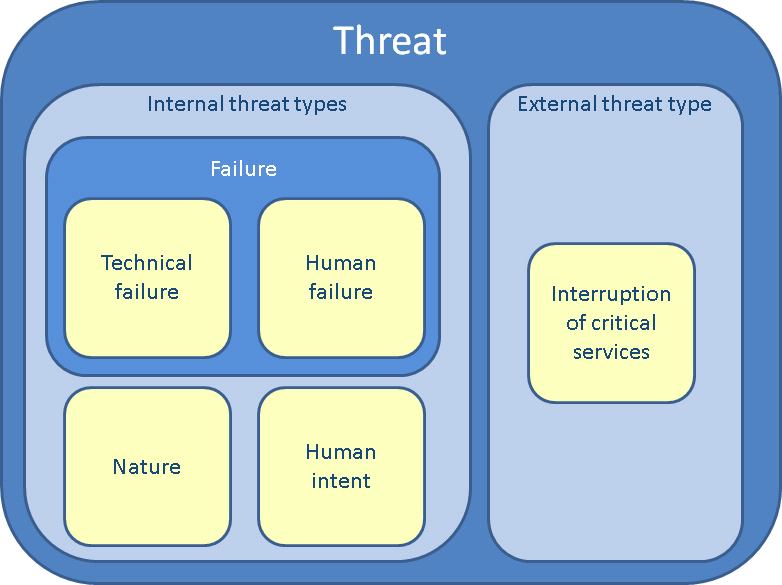