From Securipedia
(Redirected from Assault)
Jump to navigation Jump to search 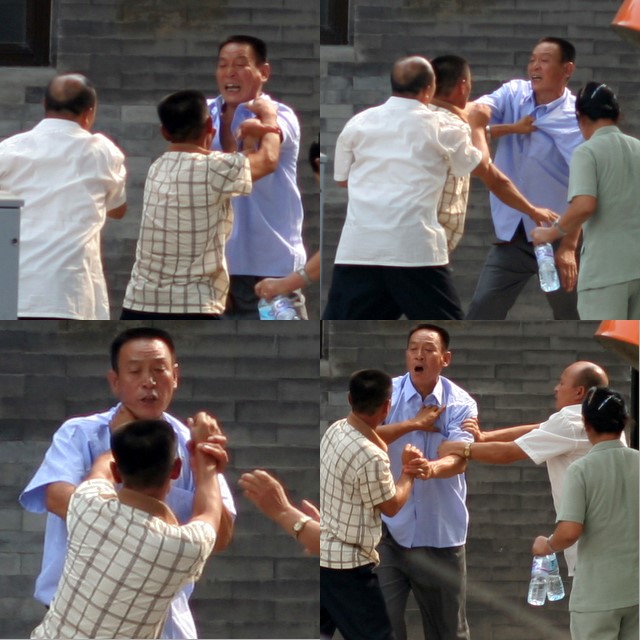 Assault, in the use of Securipedia, is a crime that involves causing a victim to experience any type of violence or fear thereof, except for sexual violence, which is covered under Sexual assault.

The specific meaning of assault varies between countries, but refers to an act that causes another experience immediate and personal violence or fear thereof. In a more limited sense it is to fear or experience a threat of violence caused by an immediate show of force. In legal terms, assault is a crime which involves causing a victim to fear violence, and is often distinguished from battery, which involves physical contact. For the use in this Securipedia, the broader definition of assault is used, meaning that battery will be included in the use of the term assault. Sexual assault is considered separately.

The psychological and emotional impact of an assault, may be compared with the impact of raid and carjacking and, hence, may lead to psychological distress, including fear, anger and depression. The social impact is, that a generalized fear for repetition and/or an amplified feeling of insecurity may lead to avoiding coping styles and difficulty of enjoying of social activities. The objects and areas that are avoided will be related to the background of the assault. An assault may take place because of one’s sexual orientation, ethnic origins, or emerge as senseless violence often encountered in youth culture and nightlife. An important effect of assaults taking place regulary in an urban environment is, that it may lead to a perception of insecurity and risks. The subjective level of risk can decrease quality of life and overall feeling of wellbeing within the urban community. This may be amplified when the victim also experienced a bystander effect. The bystander effect is a social psychological phenomenon that refers to cases in which individuals do not offer any means of help to a victim when other people are present. The probability of help is inversely related to the number of bystanders. In other words, the greater the number of bystanders, the less likely it is that any one of them will help. Several variables help to explain why the bystander effect occurs. These variables include: ambiguity, cohesiveness and diffusion of responsibility. Also the risk perception of becoming an victim yourself as responder plays an important role[10]. The best way to respond is to alert the police.

There are checklists available from research that help in addressing social aspects of security issues such as assault. An important factor is increasing the probability of detection, for instance with the use of security camera's. A recommendable method to involve citizens in urban planning that "designs in" those social aspects is the safety audit, which focuses on local and context-specific solutions to address security issues.

Other helpful texts on the social impact of assault can be found on the pages of cultural criminology, environmental design and sociospatial perspective.

The direct costs of an assault is for a major part (±70%) attributable to the monetary value of inflicted harm to the victim (most of all in terms of mental harm, but also physical harm). Moreover, assaults cause responsive costs by the public authorities who are responsible for the prosecution, trial and enforcement of the offender(s).[11] There are no real prevention costs from a macro-economic point of view in terms of insurance fees, but there are some intangible costs such as prevention measures taken by individuals, who, for example, after a night out take a taxi home in stead of walking home by themselves.[12]. A study by SEO[13], a Dutch economic research agency, illustrates that the direct impact of an assault is relatively high compared to the average costs of e.g. vandalism, but far less than e.g. sexual offences and murder (which occur far less frequently though). Violent crimes like assaults, however, also have a negative long-term impact on the mental health of the victim, causing higher health costs and loss of productivity.

In addition, assaults do not just create costs for the victim and public authorities, but can also have a negative impact on the whole area or local community, the so-called secondary economic impact of crime. Crime prone areas with a long-standing reputation for suffering from much crime are subjects of high mobility of residents, vandalism, empty lots and buildings, businesses with extreme security measures, etc. In addition, one could consider the opportunity costs of police and other public services (like health care services for victim support), and the long term health costs and decrease in income of victims and their due to the traumatising impact of assaults.

The mobility impacts depend on the size of the assault. In most cases, if it concerns only a few people, the mobility impact on the traffic flows or transportation system will be negligible.

Where the assault would lead to an obstruction of the road, traffic flows will be deteriorated, depending on the obstruction and the degree of robustness of the road network. For example, an assault in Dublin, Ireland in December 2012 resulted in one of the city centre's busiest traffic routes being diverted for an extended period while an police investigation was undertaken.

Where the assault would lead to an obstruction of a location of interest, people flows towards this location will be deteriorated. Depending on the type of location (e.g. a household or a commercial business) this obstruction will have an economic impact.

When people are injured or in danger, emergency services will be called to assist. These include the police, ambulances or fire brigades. The emergency services need to know the best route to the incident location, taking into account possible obstructions. Incident management assists in reducing the duration and impact of incidents.

The safety impact of assault is minor; although the mental or physical damage of the victim can be substantial, the act of assault usually does not influence the level of safety (risk due to non-intentional causes).

Assault, be it domestic violence or some other form of assault, often occurs as a result of personal situation and conflict between persons with different views, or where alcohol or drugs have heightened emotions/aggression. From an urban planning perspective, a useful and practical aid in decision-making and policy formulation is enhanced interaction between the law enforcement agency and the planning sector. For example, by acquiring the spatial datasets of incidents of reported assault, it may be possible for planners to create a 'hotspots' map of area within the urban environment where a higher proportion of assaults have occurred over time. From this, urban planners could consider what measures could address this problem, and could direct resources where available.

Potential measures that can mitigate the likelihood or impact of assault, are: