From Securipedia
(Redirected from Measure: Removing means)
Jump to navigation Jump to search

Removing means is the measure of reducing risk by reducing the availability of tools or other means conductive to crime. 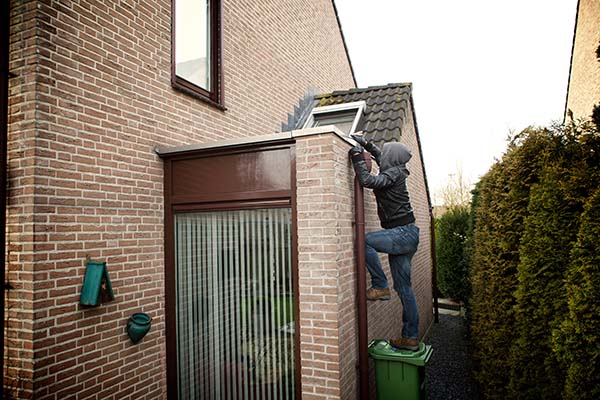 A wheelie bin can make a handy tool for burglars

Many forms of crime require tools or materials: burglars use tools to force entry, vandals will use objects to destroy, graffiti artist require spray paint or markers. By making the access to these required tools more difficult, committing the crimes is made more difficult.

This form of crime reduction is most prominently effective in situations where the required tools are available at or close to the crime location. Arson as a form of vandalism for instance, thrives on the presence of flammable goods and burglars can be greatly aided by the presence of a ladder or wheelie bin to reach unguarded, higher level windows. Making sure these goods are not present, or not accessible can therefore increase the effort needed to commit these crimes.

Some examples of removing (the access to) means, are:

For this measure to be used effectively, one should have the means to control the access to materials required for committing the crime. This is most prominently the case if these materials are available on location.

Although this measure relies for a large part on awareness and alertness of residents and municipal services, the urban planner can provide conditions that are either beneficial or detrimental to the removal of means. This is expressed in a well-considered mix and location, functions, design and placement of street furniture. For example, as not placing a glass bus stop in line of sight of a skateboard track. Another example is designing structures in which an easy and effective access control can be maintained, such as providing sturdy and lockable storage space or harden the access to the rear of a residence.

In urban planning terms, reducing the means which are conducive to crime can involve strategies such as the careful locating of public facilities (which are vulnerable to crime such as vandalism) away from crime generating land uses such as schools, entertainment facilities or bars.

The placement of bins (which can be used as mobile platforms) or trees should be carefully considered to avoid creating unnecessary advantages for opportunistic criminals to gain entry into windows etc.

Urban spaces benefit from natural surveillance measures which can reduce the prevalence of crime in overlooked or seldom visited areas. An analysis on whether measures to harden targets should be applied will also assist in identifying areas of potential vulnerability, removing the opportunity to vandalise and cause damage.

Some means that can be misused by offenders, serve a role in providing safety, such as fire escapes. Removing these should be done only after considering their effect on safety.

An important social aspect is that removing means can impact citizens' agency, or perception thereof. This can have an effect on citizens capacity to adopt protective measures, which again can influence societal resilience. Practical addressing of social aspects and aspects of security culture in security-related urban planning can best be accomplished by appropriately involving citizens, based on a set of introduced methods of citizen participation as compiled by VITRUV. Ideally, planning for the measure of removing means should include usability tests in relevant social contexts. Participatory Diagnosis is an example of a method to use.

Removing means does not just prevent material and immaterial damage for (potential) victims, but also possibly prevents indirect economic damage to local and regional economies in case it helps to prevent a frequent occurrence of criminal events. Vandalism, for example, can make the local environment an unpleasant place to live and work, creating a significant negative impact on house prices and local business revenues[1].

The removing of means, on the other hand, requires an investment in time and effort by private agents, companies/developers, and the public authorities, exacting economic cost (see the case example below). These cost contain the relatively straightforward direct expenditures on capital equipment and operational cost such as the investment cost in vandal-proof street furniture or the in-house switch for external power sockets. In addition, removing means generates various types of secondary economic effects. In essence, by making the access to certain required tools more difficult, will not just limit the mobility of criminals, but also that of the owners and users exacting cost.

In the same way the Association of British Insurers (ABI)[2] performed a cost-benefit analysis on target hardening measures for home security, one could do the same for the measure 'removing means'. In general, if there are no means to enter a home, there will also be less burglaries so these measures could be considered as Security By Design measures. The ABI concluded that SBD-measures in total yield benefits of over £1,170 per household (in 20 years), nearly double the average cost of the introduced measures. Removing means will with no doubt contribute to this result.

Whether the act of removing means as a security measures makes sense from an economic point of view, depends on many factors and is case dependent. One should, first of all, compare the potential cost-benefits with other alternatives such as target hardening or removal of crime motivator. Secondly, one has to take in account which parties are affected by the act of removing means, who is paying for it, whose activities are affected by it, and so on. And last but not least, how the envisioned measure alter the behaviour of criminals/terrorists. Economic tools such as a business case or an economic impact study can help decision makers to answer these questions and to prevent wasteful expenditures on security (of course in collaboration with insights from criminology, sociology, etc.).

There are no important mobility considerations of the measure Removing means, since mobility and mobility infrastructure is not a tool that can be removed for committing a crime (except for access control, as described in the Examples section) and removing tools that can be used to commit a crime (e.g. a ladder) don't influence mobility.

Removing means also can mean to remove opportunities for agency, such impacting citizens’ freedom to act. Increase in security may be echoed by increase in restrictions. This needs to be assessed on a case by case basis that considers, among other things, citizen security cultures and citizens' personal concerns.

There are no ethics considerations that can be planned or implemented without prior identification and addressing of citizens' perceptions. To support this, VITRUV offers a commented list of methods to determine ethics aspects in relevant urban planning.