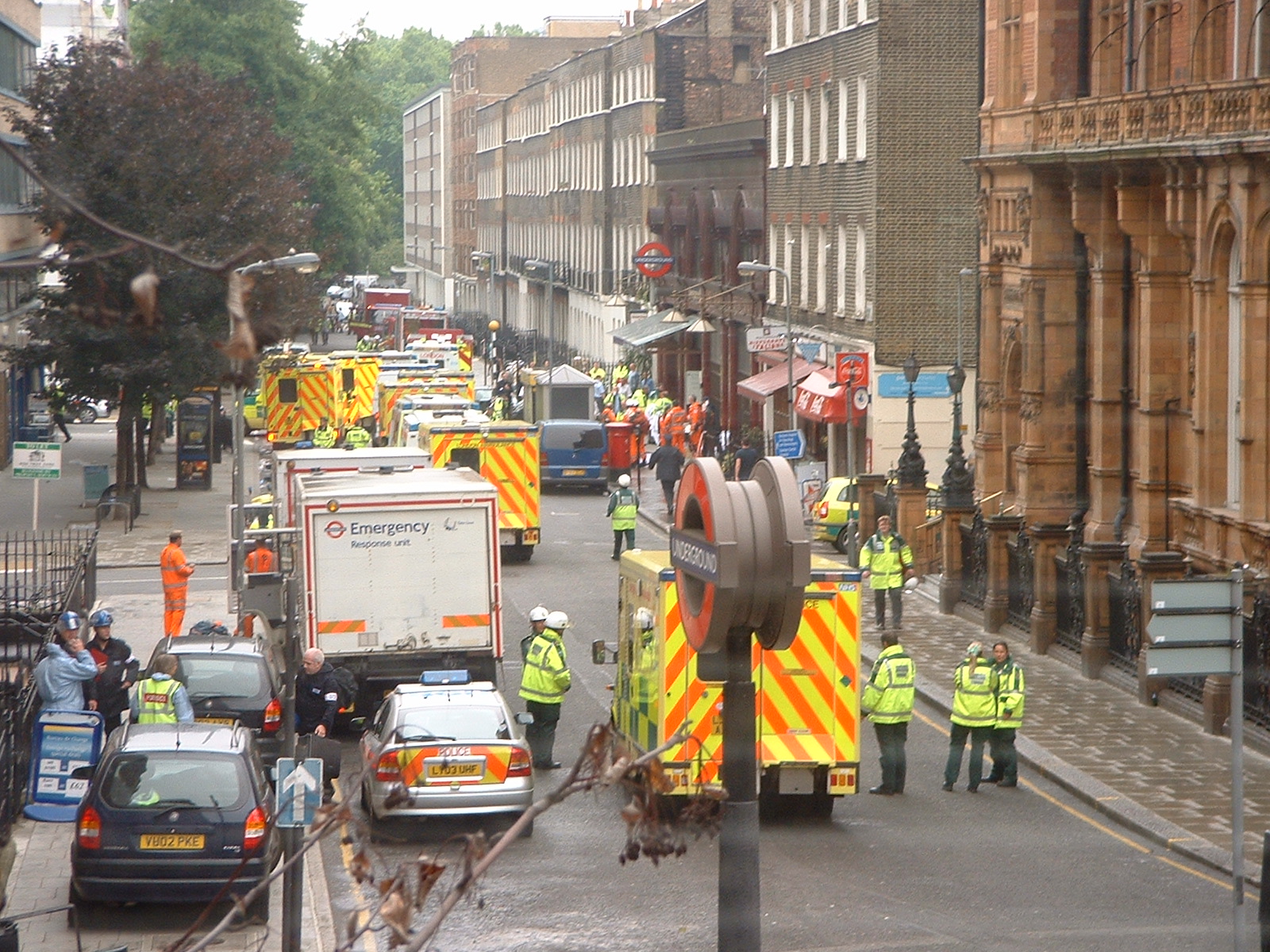 Ambulances on the street after the 2005 London Bombings

Mass killing is the crime of purposely causing harm or death to a group of (unknown) people to make a statement or to influence the public opinion. This threat is exerted out of willful action by fanatics: terrorists or criminal activists.

The target of fanatics can be persons, objects, or both. This category of security issue focusses on the threat directed towards people. When directed at objects, it falls under the category of destruction by fanatics.

The motives for mass killing by fanatics can mostly be found in the amount of attention it yields. This motive gives a very good clue of who and what locations might be potential targets for fanatics: not only should an attack yield a fair amount of attention, it should also be the kind of attention aiding the fanatics' cause. Depending on the fanatics faction, this can entail a wide variety of reactions; for some factions, negative attention is not unwanted. We see this in the 11 September 2001 attack on the New York Trade Center. Although this generated almost uniformly negative responses in the western world, this was received with joy by the responsible faction (al-Qaeda).

The roots of terrorism can also be found in certain poor or unfavourable conditions such as relative economic deprivation (manifested in poverty, income inequality, etc.), socio-economic change (fostered by the process of for example modernisation) and economic and political integration[1]. (The roots of) crime is closely related to poverty, social exclusion, wage and income inequality, cultural and family background, level of education and other economic and social factors[2].

Known circumstances to influence the likelihood or effect of mass killing are presented in the table below:

Mass killing often results in psychological trauma of victims, bystanders, and society as a whole. It may also result in a general perception of insecurity. Both these results can decrease the level of societal resilience.

The effects of mass killing in terms of economic consequences are complex. Terrorist events and violent crime not only lead to material and immaterial costs for those who have become victimised, but also forces local and national authorities to spend billions on the prevention of terrorism and the detection, prosecution and punishment of terrorists (the primary economic impact of terrorism).

The material costs (e.g. loss of productivity) and immaterial costs (e.g. suffering, pain, sorrow, and loss of enjoyment of life) of mass killing events are generally expressed in terms of the value per statistical life (VSL). "The value per statistical life represents an individual’s willingness to exchange income or wealth for small changes in the likelihood of survival, rather than purchasing other goods or services"[3]. The VSL ranges from € 1.4 million to € 2.1 million (2009 prices) in the EU[4]. However, according to a specialists Robinson et al. (2010)[5] “terrorism-related risks may be perceived as more dreaded and ambiguous, and less controllable and voluntary, than the workplace risks underlying many VSL estimates”. “These factors may increase the VSL appropriate for terrorism risks, possibly doubling the value”[5].

In addition to the primary economic impacts, terrorism and violent crime cause the disruption of economic entities, which have not been direct targets of the attack (the secondary economic impacts of terrorism)[6]. Security measures can prevent destruction by fanatics, but not without costs. Access control or screening, for example, is costly and there is always the risk of terrorist displacement[7]. With the help of economic tools such as social cost-benefit analysis it is possible to overview the costs and future benefits of security measures in order to decide which types of measures are best suited for a specific urban planning situation.

Preventive mobility measures for mass killing deal with controlling who enters a certain area or building, by controlling the accessibility and access and egress, the entry or exit to an urban object. In addition to this, suspicious driver/travelling behaviour can be detected from camera or police surveillance. For example, to detect a suspicious person on a public space who could cause mass killing (e.g. by suicide).

One of the mobility effects of airport checks is that travel times (from home to boarding the airplane) are increased. As the time of the security checks (due to different lengths of the waiting in queues) are ususally unknown before starting the trip, estimated travel time with heavy airport checks is less reliabe. Both effects (longer travel time and lower travel time reliability) imply that people should allow for longer travel time. This leads to higher (economic) costs, since time represents a certain value (Value of Time [1]).

A successful mass killing attack can do massive physical and/or bodily damage. The collateral damages from an attack can sometimes be so high that they weaken structures and unsafe situation arise. However, compared to the direct effects of a successful attack, these risks are usually minor.