Human intent is a threat stemming from wilful action of people.

Motives for the threat of human intent can be found in all types of motives for criminal behaviour, i.e. financial gain, amusement, compulsive behaviour, impulse and fanatic motives.

The extent to which perpetrators are successful, depend on several factors. The threats (persons who by wilful action can do potential harm to the object) have a motive that drives them. The extent to which they are attracted to choose a particular object as target depends on their perception of the attractiveness of the object (for instance money for a thief or blank walls for a graffiti artist) and their perception of the success rate of the act. This depends on two things:

This is illustrated in the figure below. 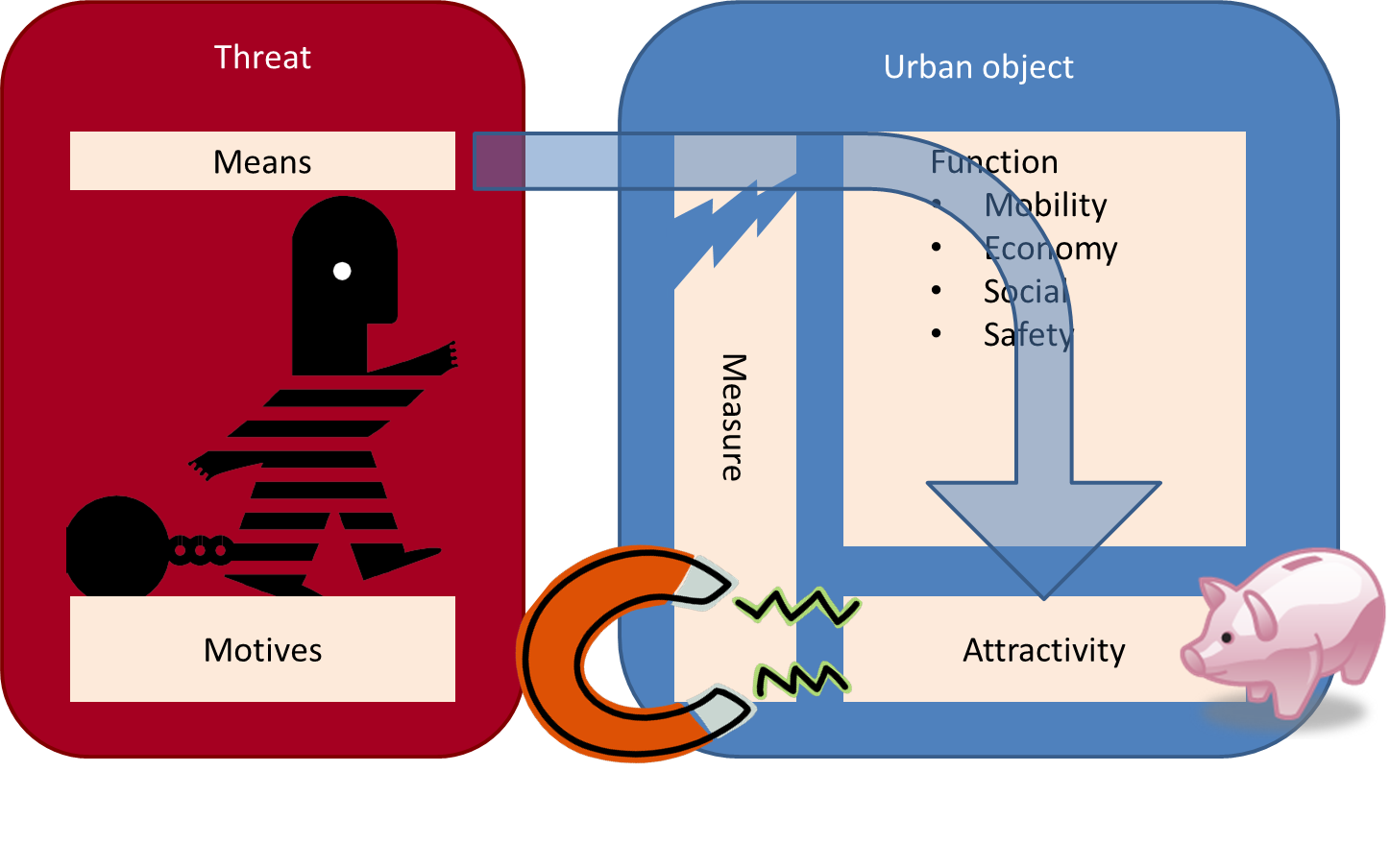 The reason an object should protect itself against such threats, is that threats in their attack will damage the function of the object (such as providing a perception of safety for inhabitants, fulfilling its economic function in the urban environment or protecting for future attacks). The way to prevent outside threats from threatening the object, is by implementing mitigatory measures. These are meant to decrease the likelihood or impact of a successful attack. One should realize that measures and means are involved in a 'arms race'; there is no measure that with enough means cannot be overcome. Measures will seldom annihilate a threat, only reduce it. The aim of measures is therefore not to make crime impossible, but only to make it unattractive enough that threats will decide it isn't worth the risk. (see the page on the economics of criminal and terrorist behaviour)

Sources for threats in the category of human intent are persons with the intent to do harm. In general, these persons act contrary to the law and can be labeled criminals. 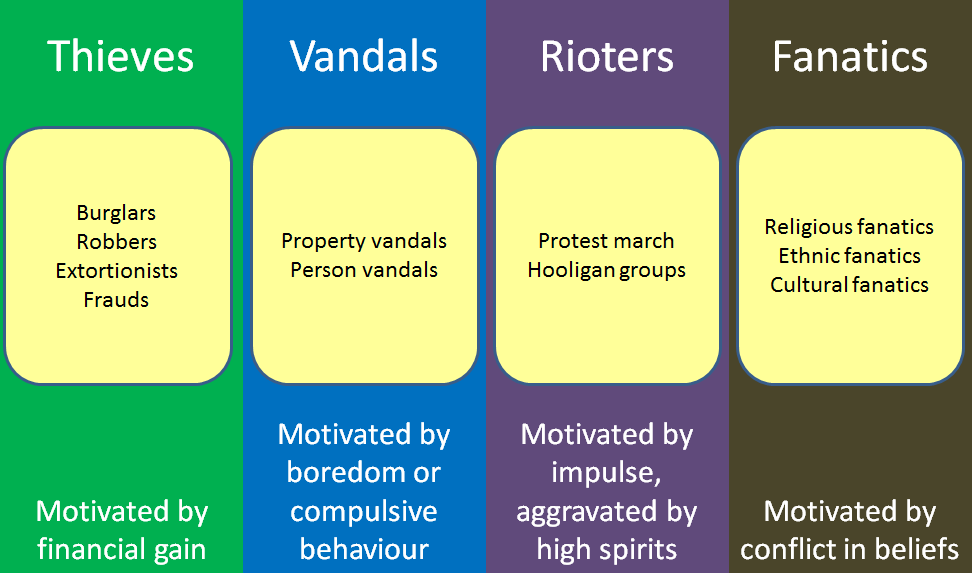